It all started when Don idly began selecting a few history books off our shelves and rearranging them so they were grouped together. 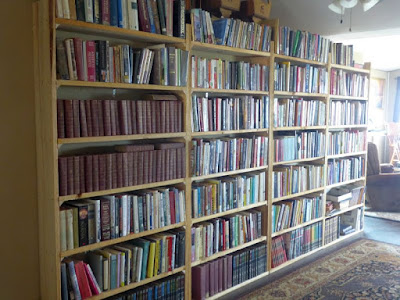 Arranging our library by category is something we had in mind to do anyway. Already there's been a couple times we wanted to locate a specific book, but it was lost amidst a sea of volumes. Rearranging the library seemed like something we could do at a slow and leisurely pace.

The problem, you see, is **I** got involved. Next thing poor Don knew, I had torn the library apart and had stacks of books piled everywhere. 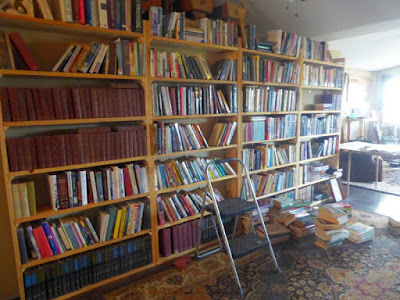 We didn't really know how many categories we had, so we – or actually, I (since by this point Don had wisely retired to his computer) – began grouping them in similar categories to see what we ended up with and how best they could be shelved. 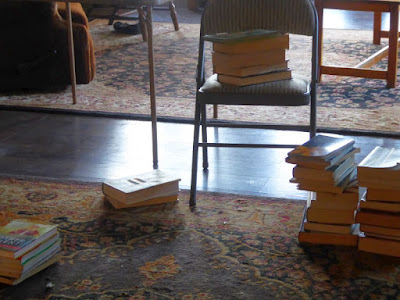 I pulled down volume after volume, making piles as I went. 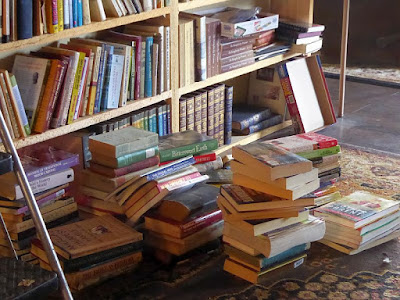 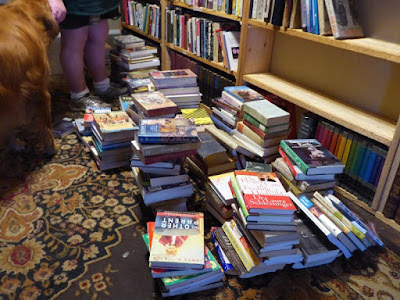 I also harvested books from the two stand-alone bookcases to group in with the rest. 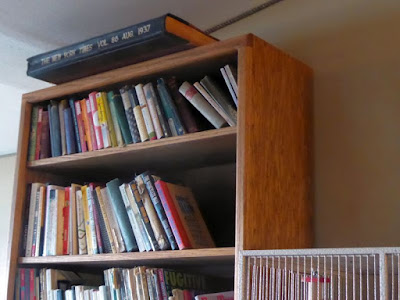 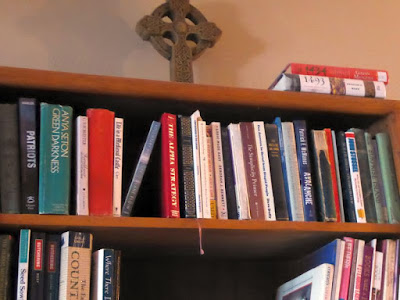 It took two days of sorting, but at last I finished. 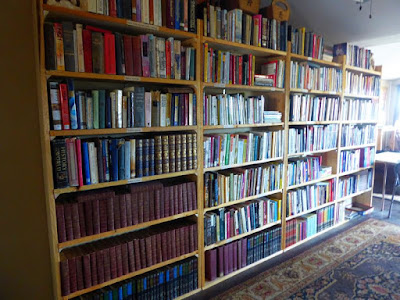 I slapped temporary masking-tape labels on the shelves until we learn where the categories are. We ended up with the following categories: 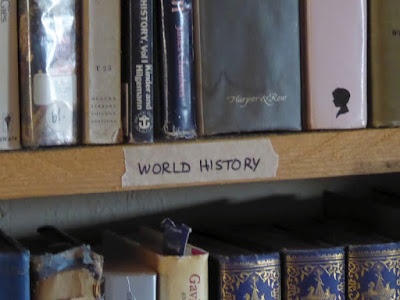 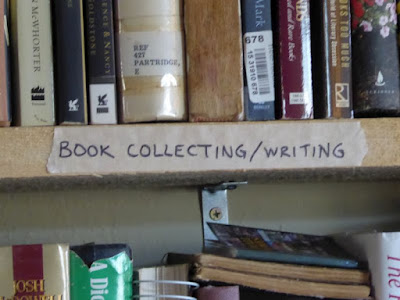 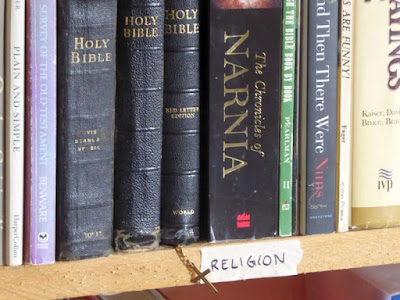 The standalone bookshelves contain many oversized books that won't fit on the narrow shelves, and include such categories as homesteading, decorating, art, humor, photography, history, etc. 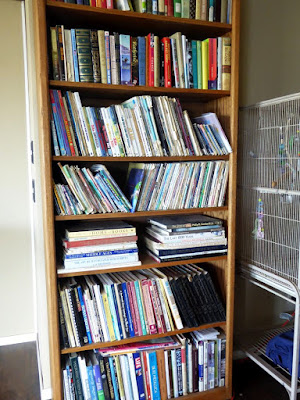 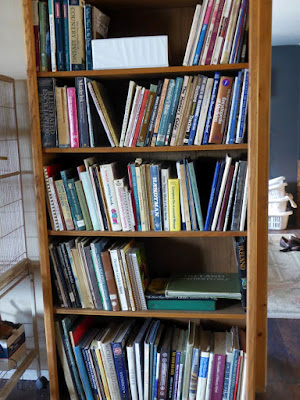 Not the most scientific arrangement, perhaps, but it reflects our particular tastes and interests.

Some series don't need regrouping, such as my beloved Harvard classics or the Britannica Great Books collection I bought for $3 (for the whole series!) at a library sale, so while I placed them on different shelves, it's hard to miss their location. 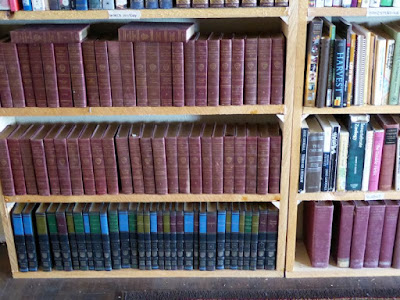 The paperback books also have their own shelving unit in our bedroom. 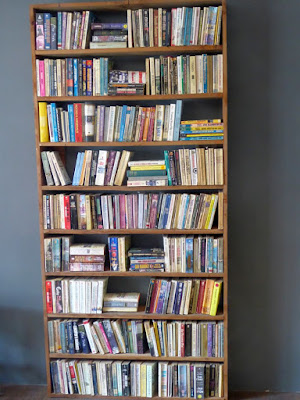 Even though our old house was almost three times the size of our current home, we had no central location where we could house all our books. Instead, they were scattered all over the house. We all had a pretty good idea of where a particular volume or category could be found, but our books were never well organized.

Now they are – and it's a genuine joy to know we can locate something within moments.

I've said for years that the most treasured possession we (collectively) have is our library. That sentiment hasn't changed.