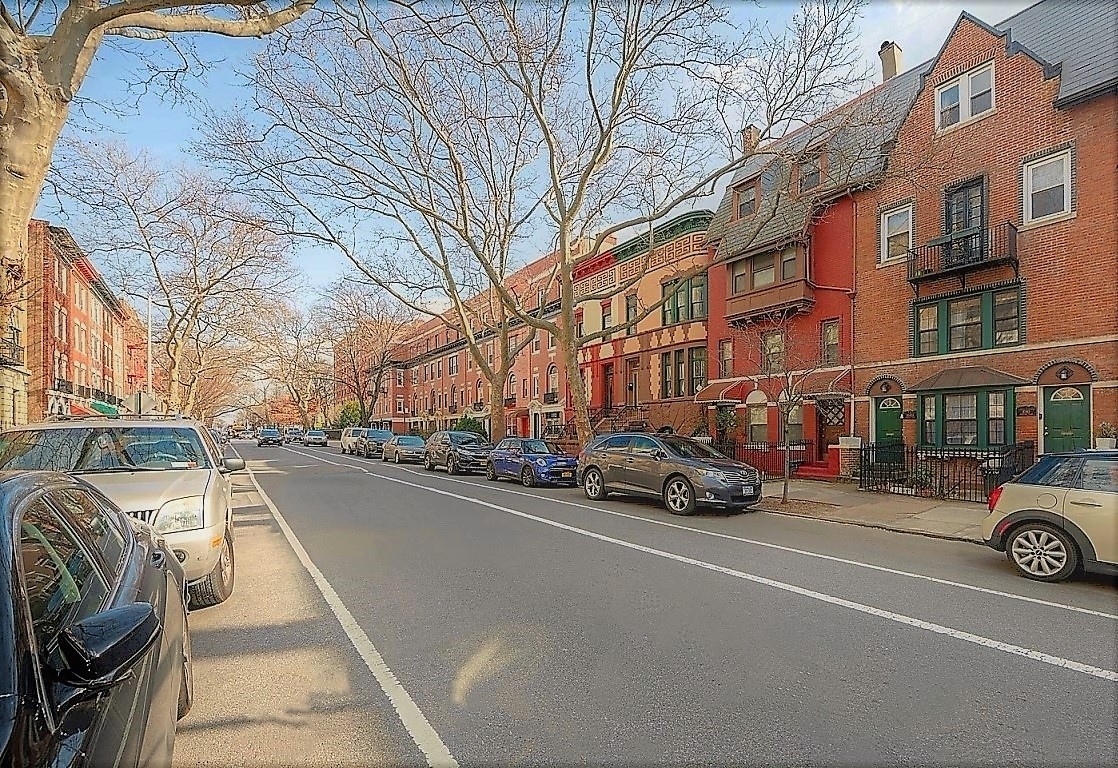 What’s a Kinko House you may ask? First off, the name comes from the developer–Kings and Westchester Land Company–who built them in the northern section of Crown Heights between 1905 and 1912, according to Brownstoner. Designed by architecture firm Mann & MacNeille, the two-family houses are unique in that each unit has its own front door, stairway, porch, and cellar. Each group of six houses also has its own architectural style, and 1040 Sterling Place, which just hit the market for $1,625,000, was done in a brick Arts and Crafts style. This home is being sold with both duplex units, so a new owner could potentially combine them for one large residence. 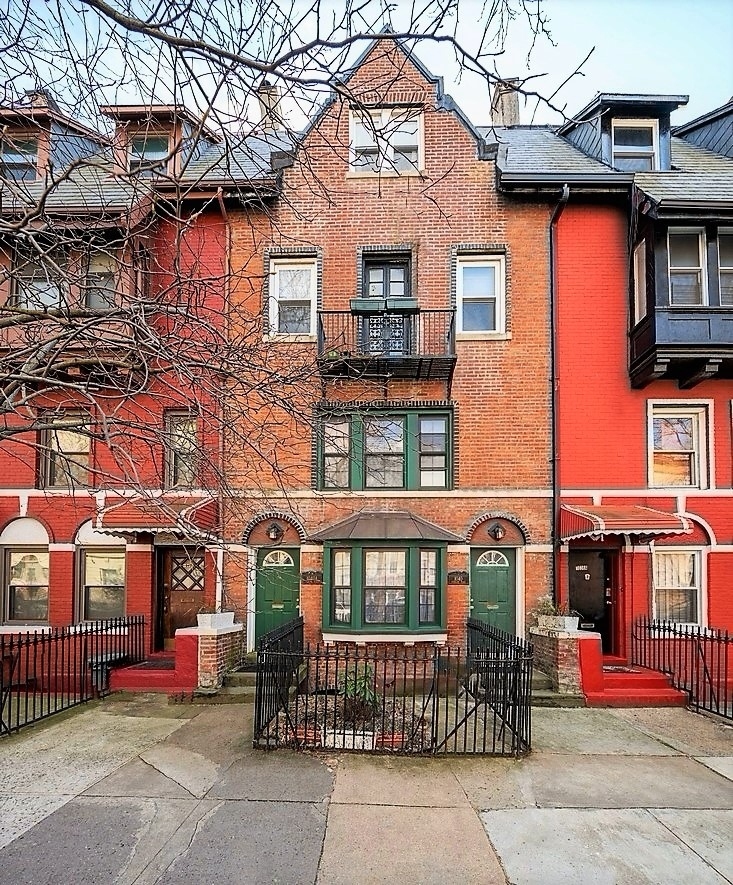 The Crown Heights North III Historic District was designated in 2015 as a collection of 640 buildings. The Kinko Houses are centered around St. Gregory the Great Catholic Church on St. Johns Avenue, Brooklyn Avenue, Sterling Place, and Hampton Place. According to the Landmark Preservation Department’s designation report, the distinguishing features of 1040-1040A Sterling Place are its bay window, iron Juliet balcony, pyramidal gable, and sloping roof.

Each unit has its own house number and consists of a foyer, living room, dining room, powder room, and kitchen on the first level. On the upper level are three bedrooms and one full bathroom. So, as the listing notes, by combining the duplexes, you could potentially have a six-bedroom house. Alternatively, the new owner can live in one unit and have the other as an investment property. 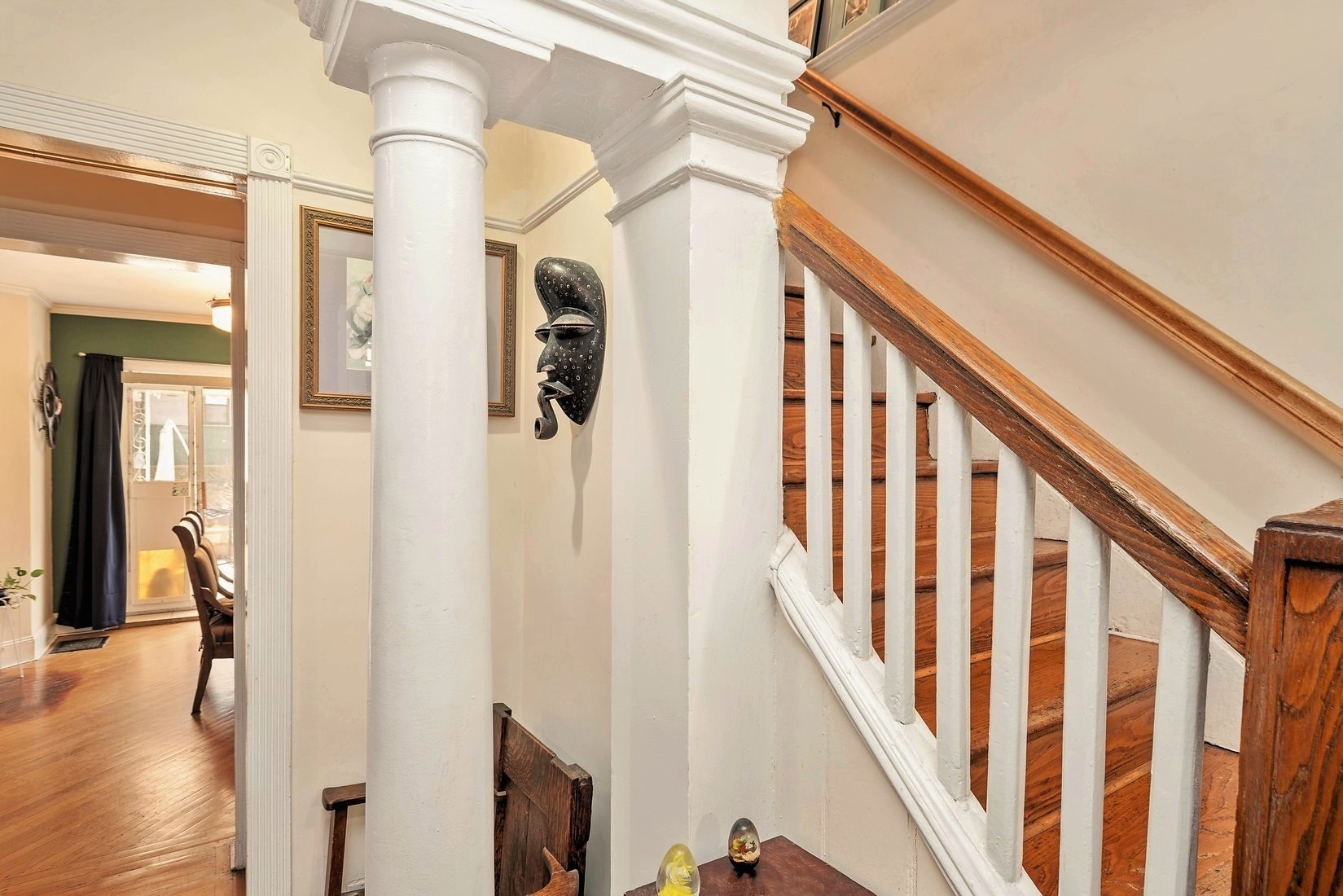 The lower duplex (1040) also has access to the 80-foot-long yard that has views of St. Gregory the Great Church and its famous 120-foot-tall, Romanesque-style belfry. 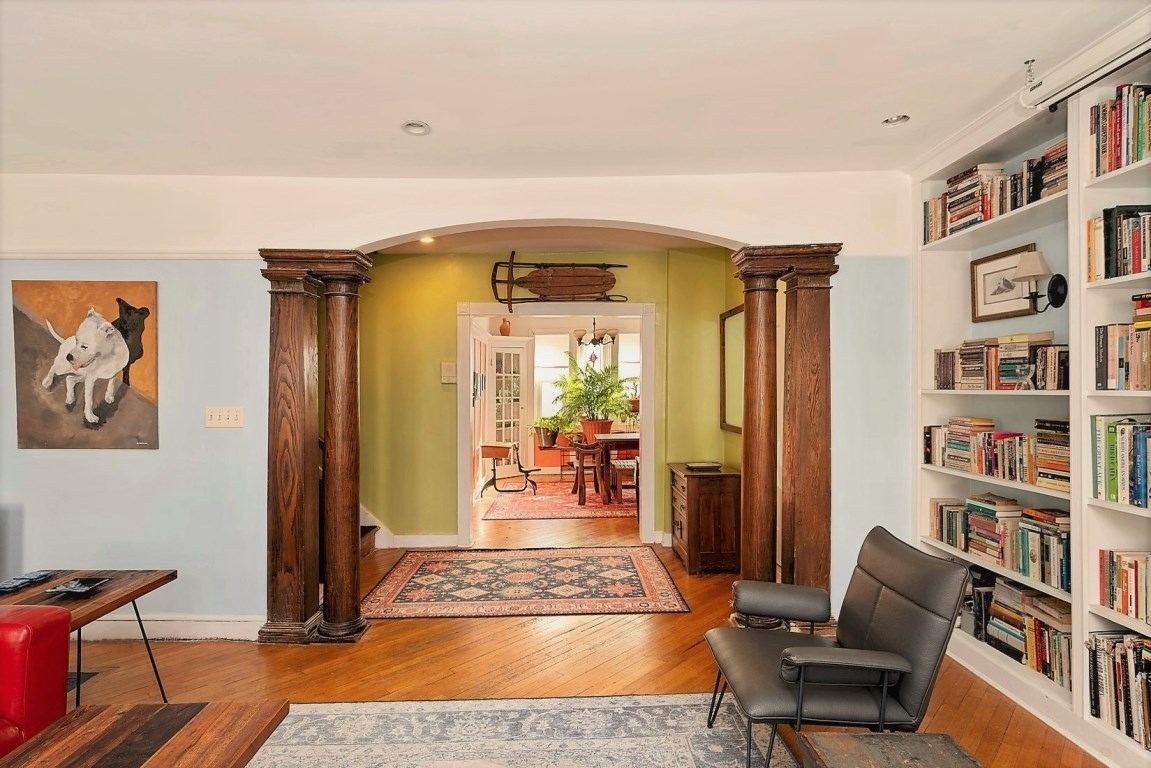 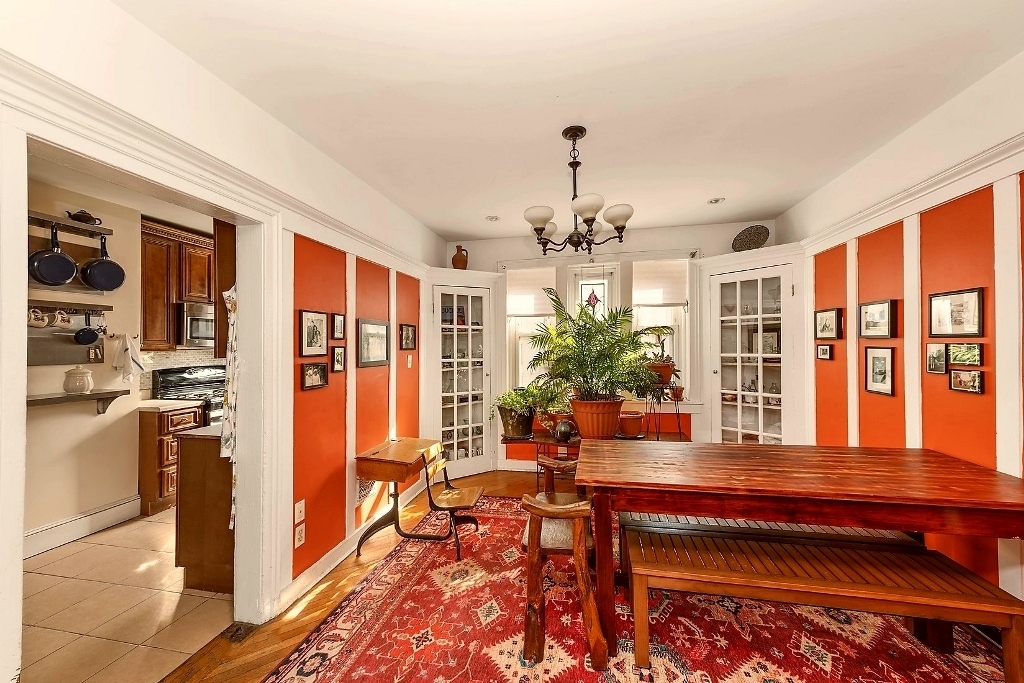 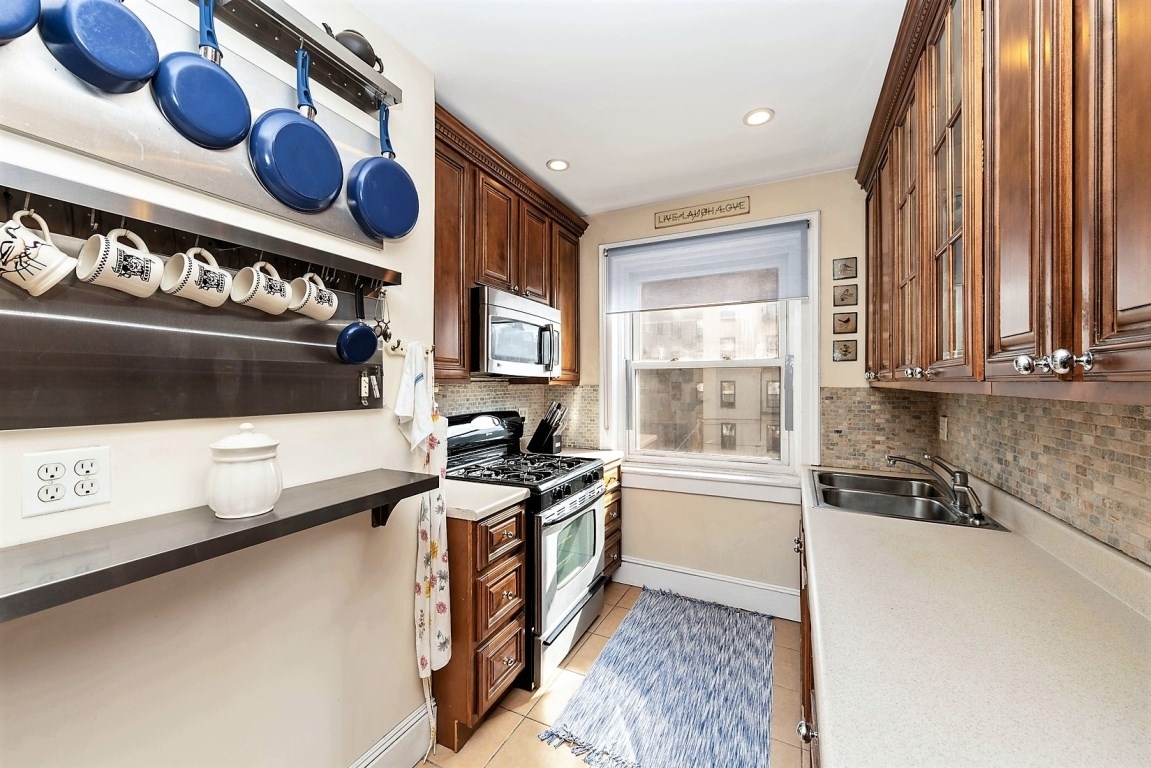 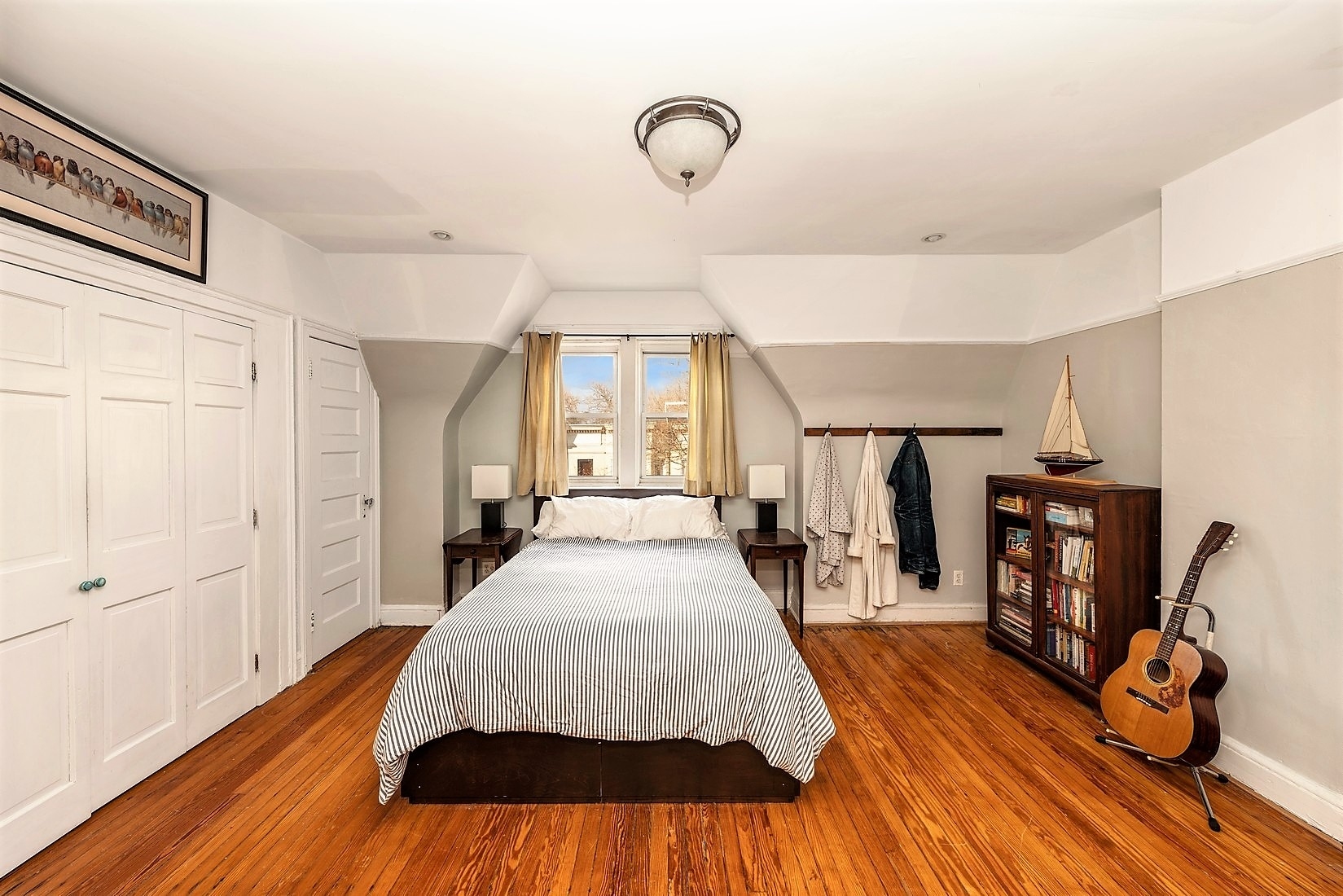 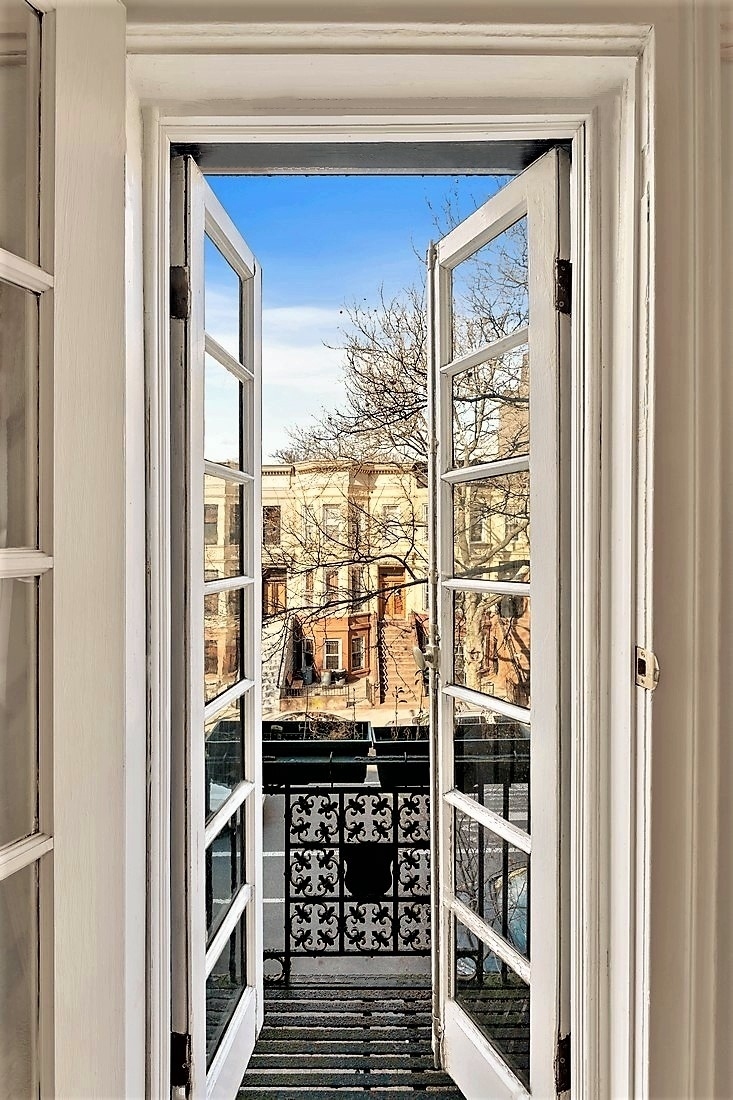 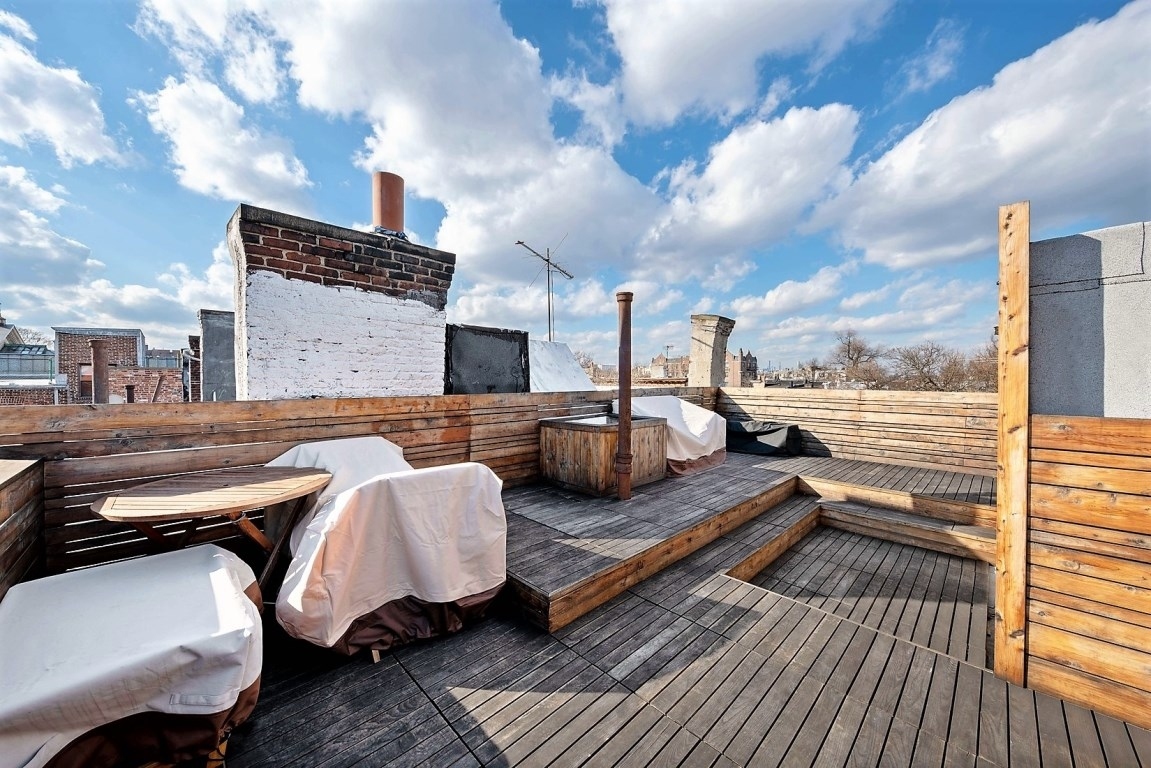 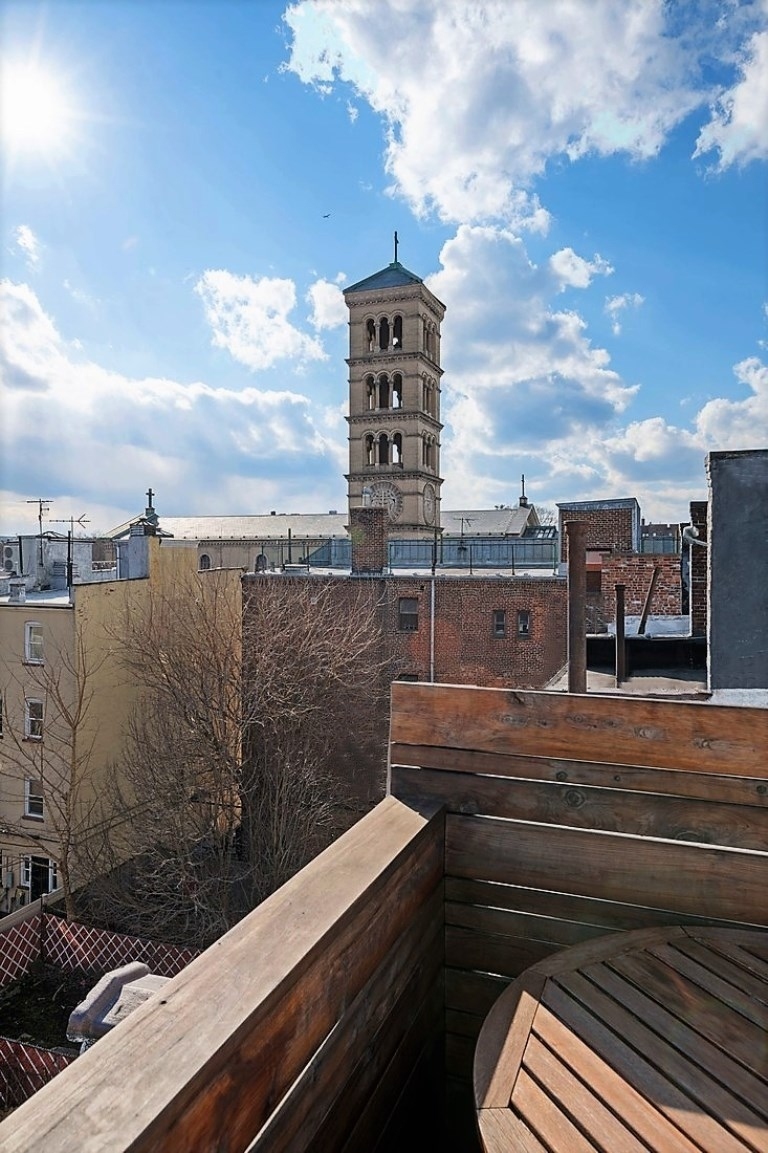 The upper duplex (1040A) boasts triple bay windows and a Juliet balcony. It also has a roof terrace that was updated with new decking and includes those same church views. Inside, this unit has wall-to-wall built-in shelving, an oak mantel and brick fireplace, built-in plate rail cabinets in the kitchen, and two skylights. 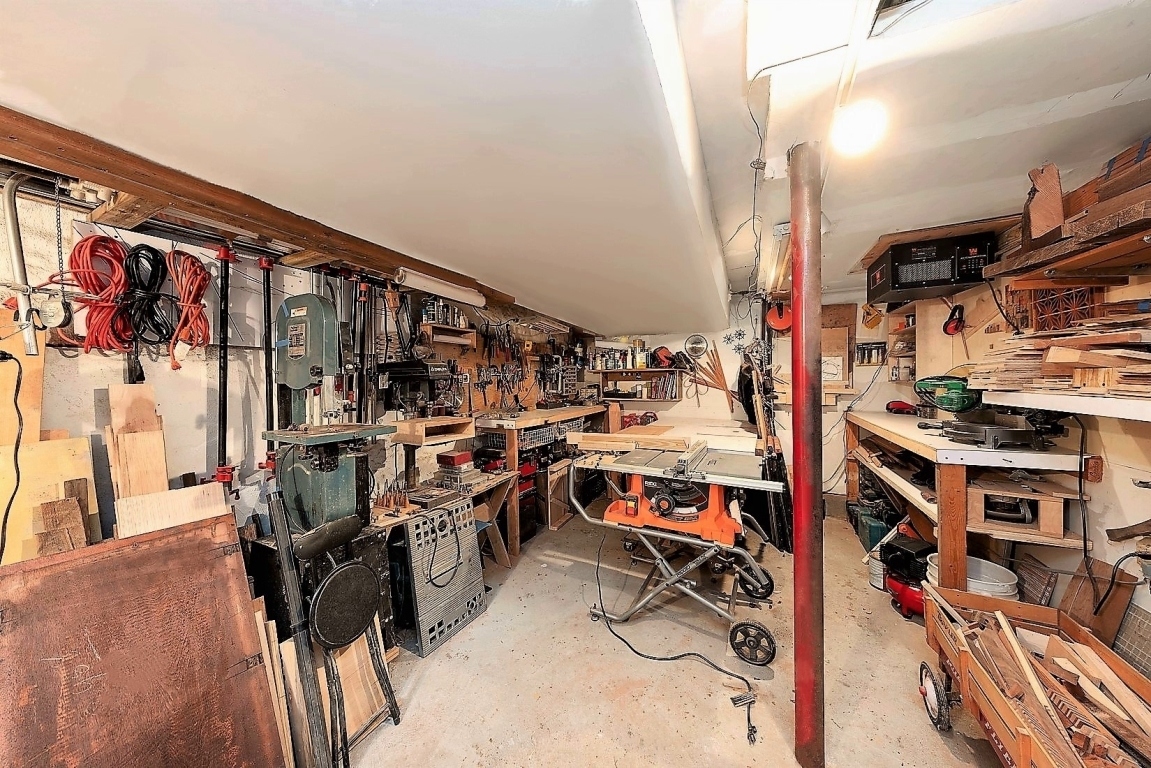 The total square footage of the duplexes combined is 2,720, but with the unused FAR of 3,126 square feet, there’s potential for a 5,844-square-foot property (do note that any additions would need LPC approval). In the cellar is a woodshop.

[Listing: 1040 Sterling Place by Stefania Cardinali of The Corcoran Group] 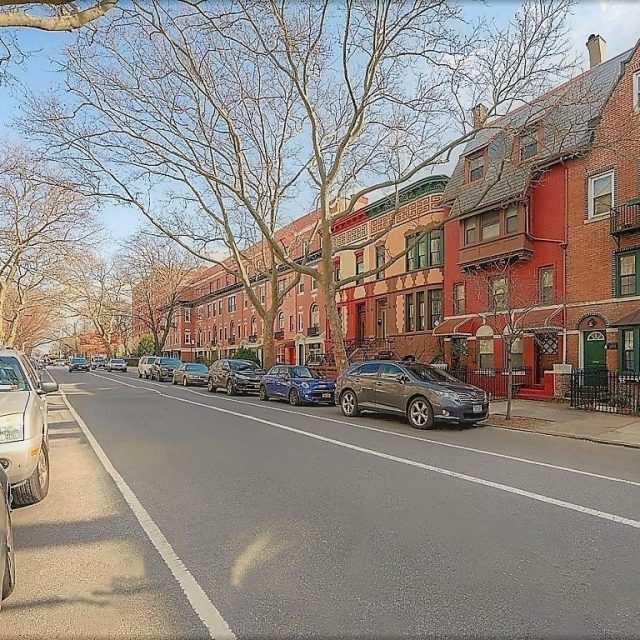 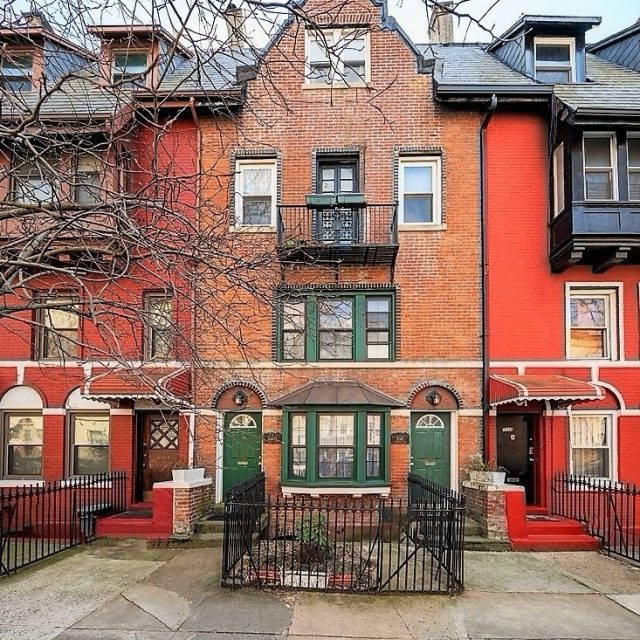 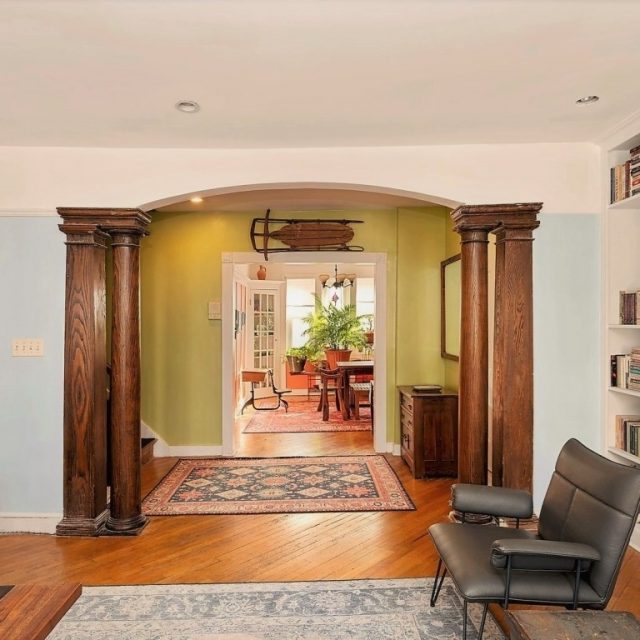 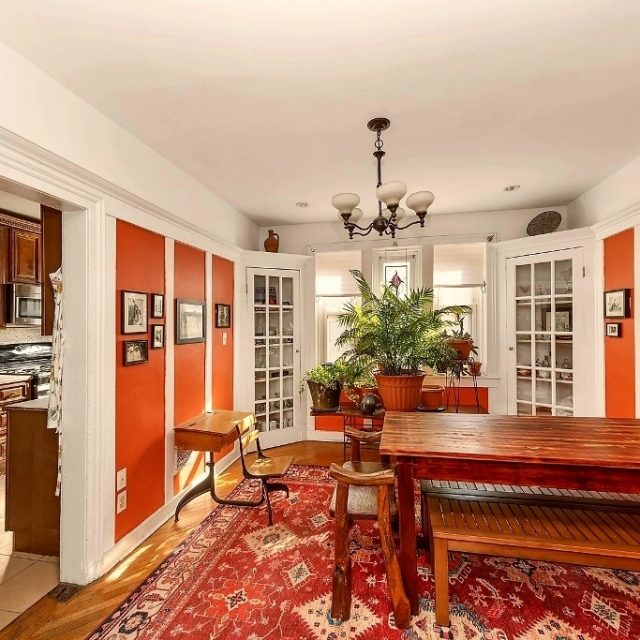 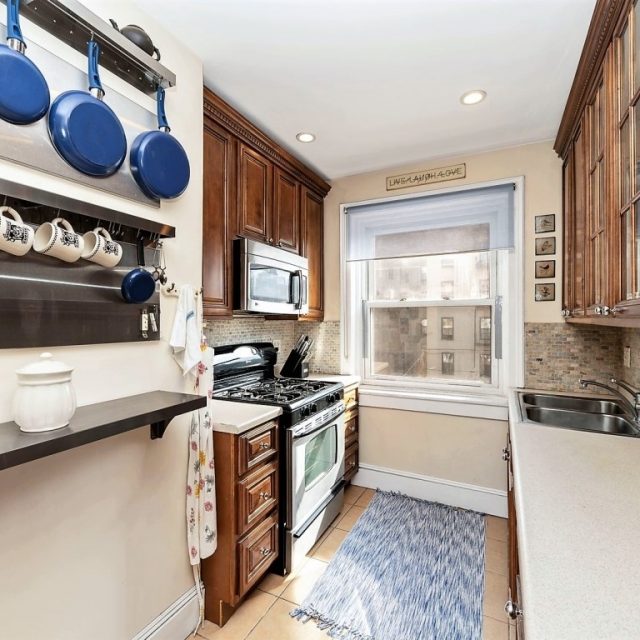 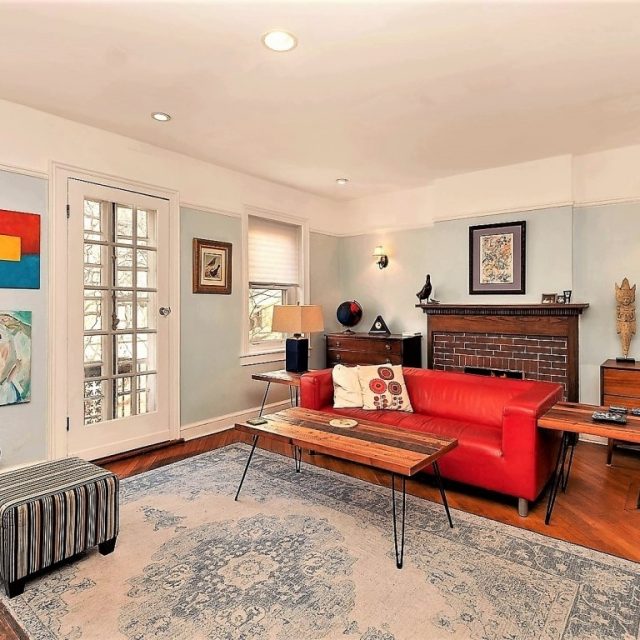 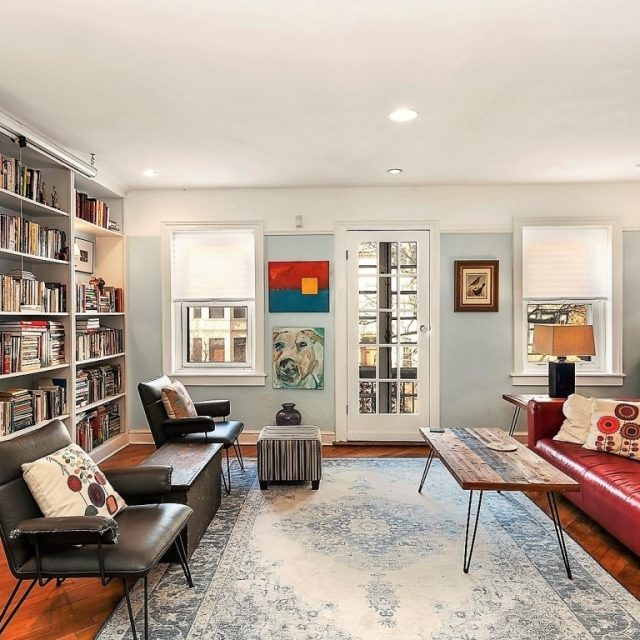 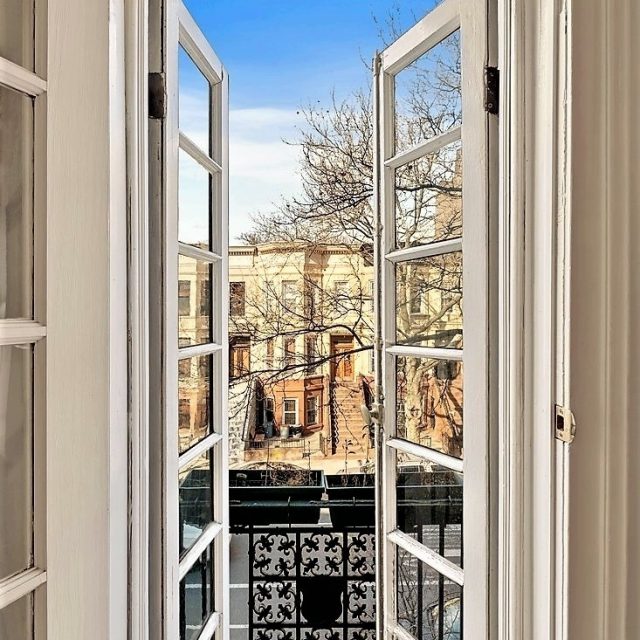 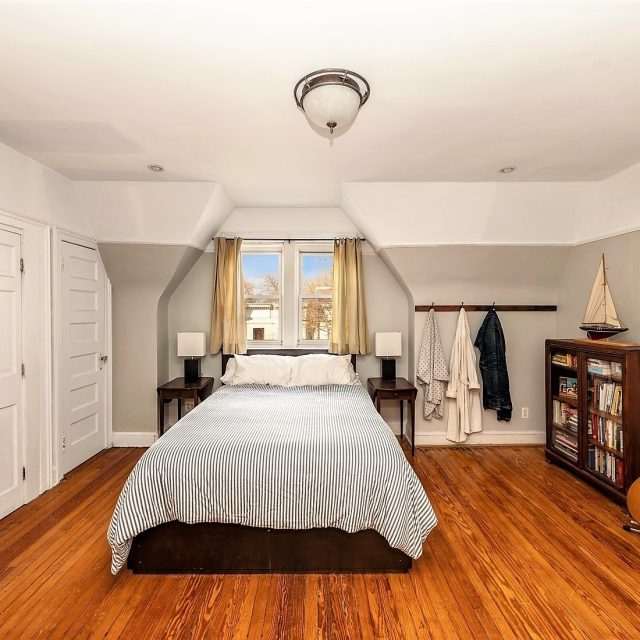 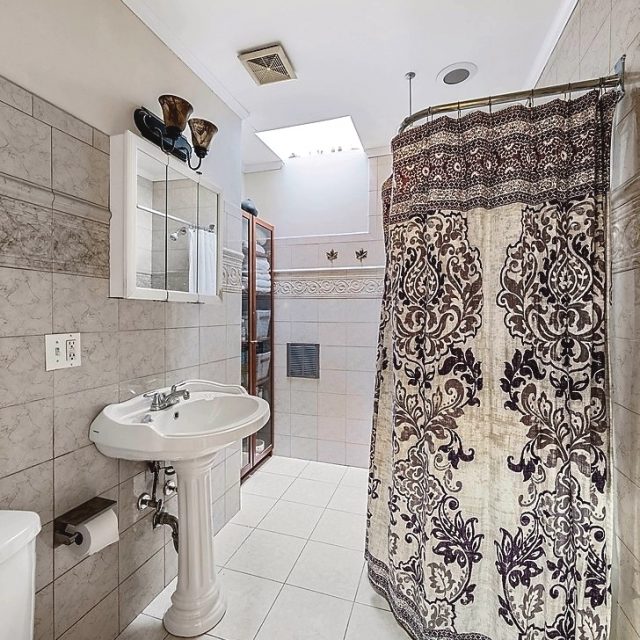 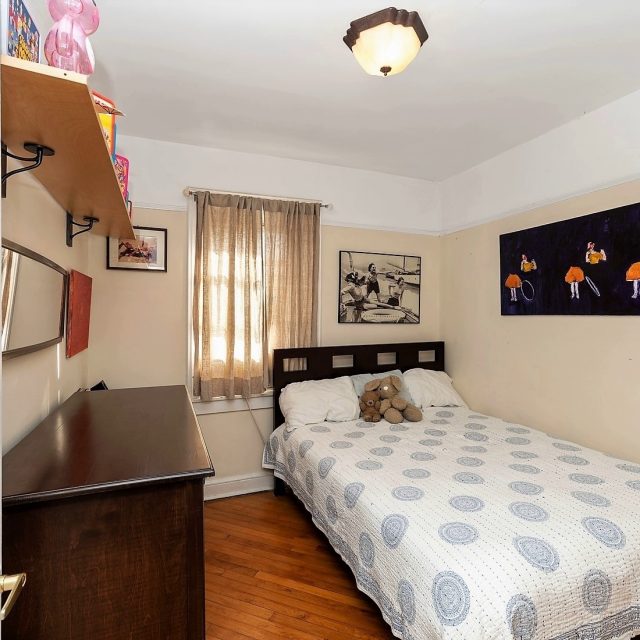 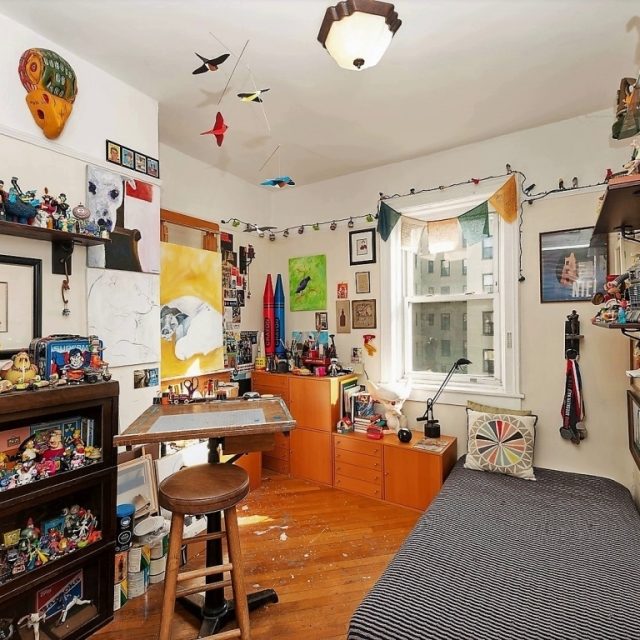 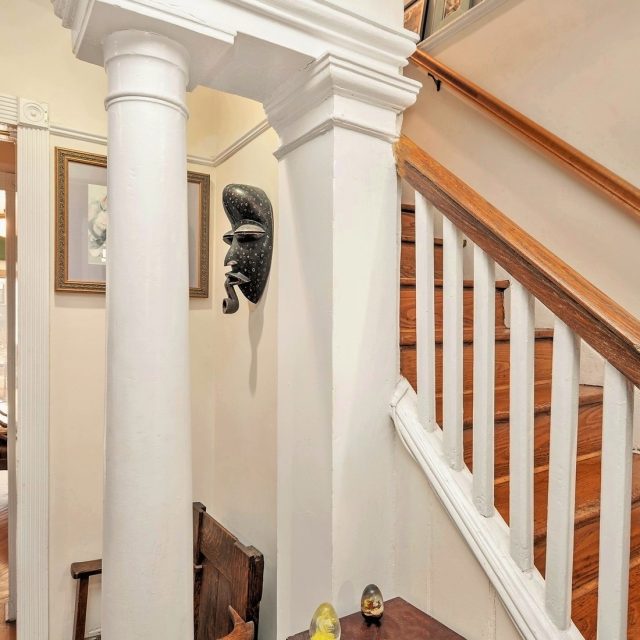 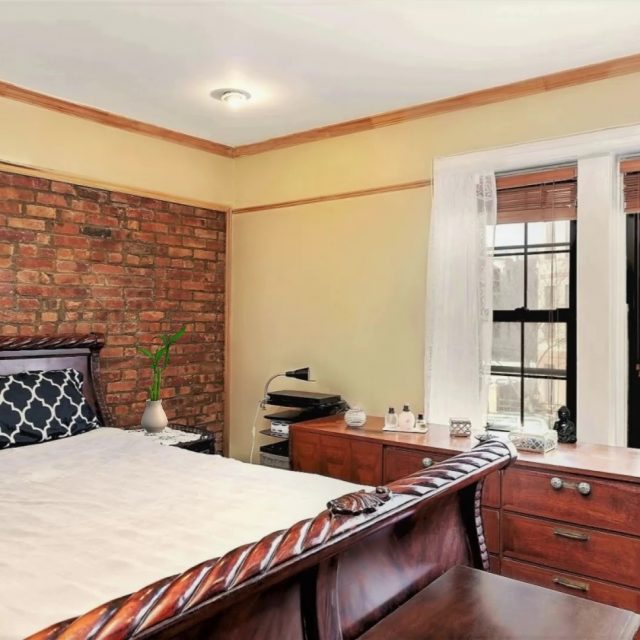 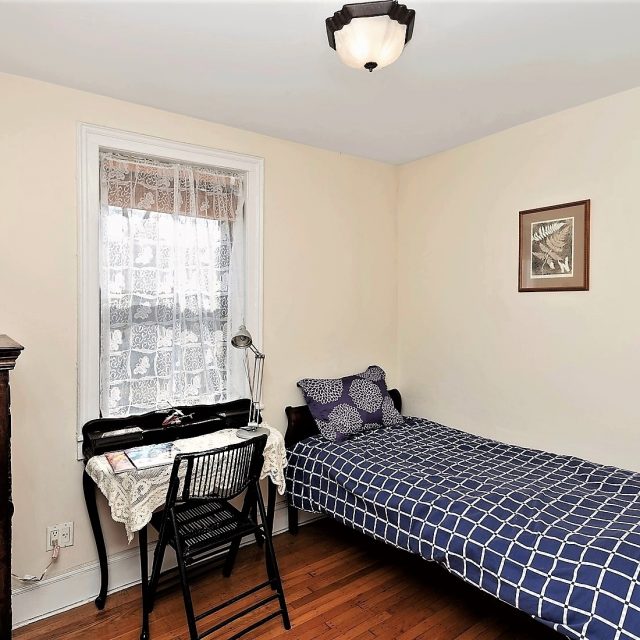 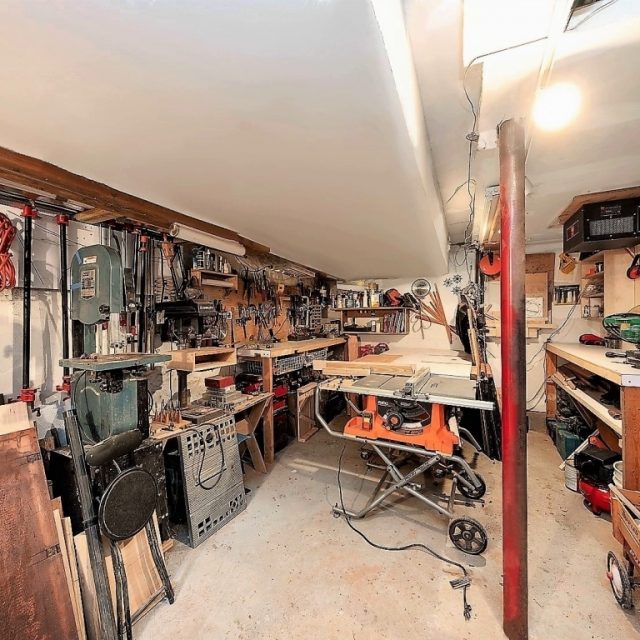 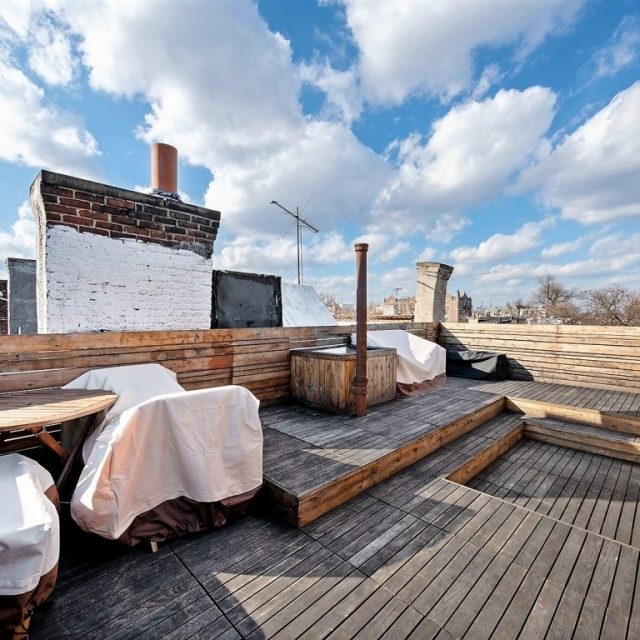 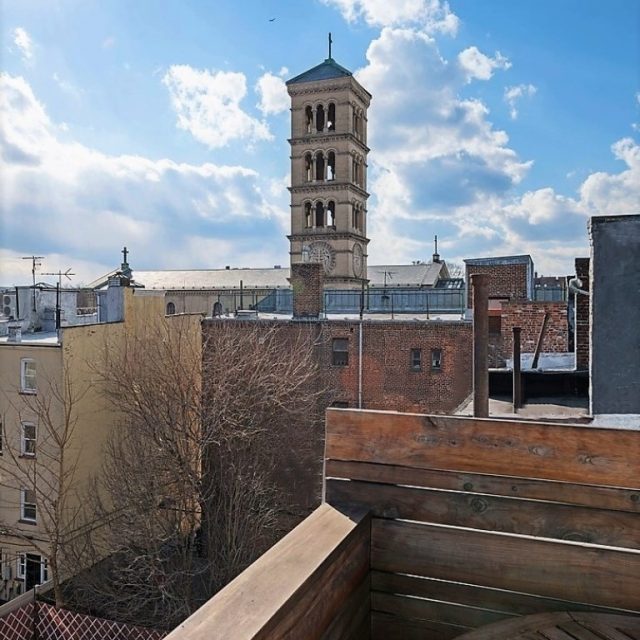 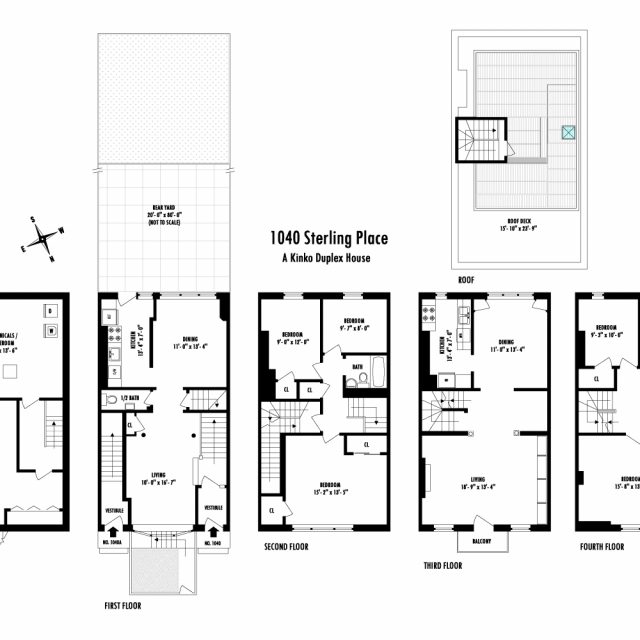 Reighton Road in London: A Calmly Contemporary Revival of a Victorian Apartment
Jun 29, 2022